Als ich heute morgen noch im Bett lag habe ich folgenden Text verfasst:
What a great year! I can't believe it's over and I wish it would be longer. But I am also ready to close the chapter 2015 and open a new one 📖. 2015 has been amazing.Everything started at New Years Eve. Niklas and I talked a lot and went nightskiing that night. Later he became my boyfriend and now he is history. But he was part of this amazing year. On 1/1/16 I hung out with Bekah, Jessi and Alexa for the first time besides going to lunch with them. It was the start of a great friendship. Anna couldn't come that day, but she became one of my best friends, too . In January of 2015 I started drivers ed. In May I finally got my american license. In February my hostfamily and some friends went to Brian Head where we stayed for a weekend and skied in the great powder snow. Besides that weekend I skied every weekend of the winter in Sundance and at 2/14/15 I went to Park City on a date. Spring Break was at the beginning of April and we went to Moab where we stayed for a couple days and went off-roading every day. One day we even hiked up to Delicate Arch in the middle of the night so we could watch the sunrise. It was breathtaking. Nearly every weekend of April and May I hung out with Bekah and Anna. We had so much fun. I wish I could still be with them and see them every single day. At the beginning of May was my last choir concert and one day later was my birthday. It was my sweet 16. At the end of May my family arrived in SLC. I picked them up and we went to St. George to meet Bekah's family and go to Zion National Park with them. A few days later it was time to say goodbye. I didn't know when I would be back 🇺🇸 It made me really sad. I couldn't think of it really long because when we arrived in Honolulu, Hawaii all those feelings were gone. We spend one week on a cruise ship and saw 4 islands of Hawaii🌴. When I got home Bekah came to visit me and we had a great time. After she was gone I felt like I had to go back to Utah. I didn't feel like Germany was my home. I had to go back! So after I worked for 6 weeks, I got on the plane. I surprised all my friends and my hostfamily. The three weeks back home were amazing, I was able to go to school with my friends for a couple hours, I was able to spend time with my friends and I saw Grand Canyon, went to Zion National Park and to Tuacahn. It was awesome to be back . But then I had to say Goodbye! When I got to Germany I had to go to school. To a school where I didn't know anybody. I went to Nancy, France with my new classmates. After getting used to the new school I slowly found some friends. Last week my family and I went to Austria to celebrate christmas and yesterday I got to go skiing with my dad who I haven't talked to in years.
You can say it was one of the best years of my life. Thanks to everyone who was part of it. 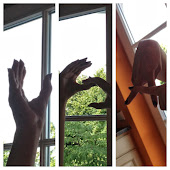